Winter Damage to Lawn, Trees & Shrubs. What you need to know!

Often, falling snow is an excuse to forget about your landscape for the briefest moment. However, as any seasoned homeowner knows there are a host of problems associated with your seemingly dormant landscape. Turf, trees, shrubs and ornamentals may be at risk of winter damage. Below are some common problems in Portland, Oregon and the greater metro areas. So read on to get information on Winter Damage to Lawn, Trees & Shrubs. Here is what you need to know!

Snow mold is a fungus that attacks lawn as snow is melting, leaving pink or gray brown patches (pinkish hues are more damaging). This leaves a lawn looking quite unsightly.

Solution: Attempt to lightly rake the affected areas. If this does not improve the snow mold, you must wait until spring (growing season) to fully remove dead grass and apply fresh seed and mulch to the dead areas.

Expert Tip: Regular fertilization, de-thatching, aerating and overseeding through out the year prevents snow mold growth. Please keep in mind this is not a guarantee; however, it does greatly reduce the chance of damage.

Prolonged freezing ground temperatures may cause grass death. This occurs as result of grasses continual transpiring (releasing oxygen while also releasing moisture). With the ground frozen solid the grass roots can't reabsorb water to replace the lost water. If this happens over a prolonged time, it will eventually cause cell death resulting in tan or brown grass.Solution: Remove dead lawn and replace with sod, or rake out dead spots, and apply seed and mulch in spring after the threat of frost has passed.

Winter Damage to Trees and Shrubs

Contrary to popular belief winter damage to trees and shrubs is not usually a result of an extremely cold winter; rather, it is more commonly caused by fluctuations of extreme temperatures.

Plants and shrubs acclimate to freezing temperatures by exposure to steadily falling temperatures. Damage results when plants are dormant but not fully acclimated and become stressed as a result of a sudden, hard freeze. Rapid or extreme drops in temperature following mild fall weather may cause injury to woody plants. All too common in Oregon are periods of mild winter weather, which may de-acclimate plants, making them susceptible to injury from rapid temperature drops.

Most Northwest trees do well in extremely cold temperatures. Shrubs, on the other hand, may be injured if temperatures fall below their tolerance level. Plants most likely to suffer winter damage are those that are marginally hardy for the area or those already weakened by previous stress. Species such as Hebe, Lavender, and New Zealand Flax (to name a few) may survive a few severe winters in the Pacific Northwest; however they usually succumb to some type of damage. In general, low temperatures are much less damaging than rapid and extensive variations in temperature.

Heavy snow, ice and wind storms cause damage by bending and breaking branches at weakened points. Multi-stemmed evergreens, such as Yew, Arborvitae, and Juniper, are typically the most prone to damage. Often (but not always) this is a result from improper pruning techniques.Evergreen and deciduous trees with heavy snow and ice build up, coupled with strong winds, may cause fatal results to trees. This is usually caused by a lack of corrective pruning, which removes dead, crossing or rubbing branches to the interior of the tree.

Expert Tip: Correctively prune in fall to prevent winter storm damage to trees. Make sure you have a professional do this, as thinning too much also contributes to winter damage.

Salts used for deicing hardscapes can cause damage to trees and shrubs. Salt damage appears well after the winter (spring/early summer). The symptoms of damage include browning of Evergreens, leaf scorch, branch die-back and dead areas in turf. This damage is usually seen along grass and plant material, closet to the edges of hardscapes. Plants may be permanently killed from salt deposits being absorbed through the soil into the roots. Salt damage may be less extensive in well-drained soils; however, damage can be substantial in poorly drained soils.

Expert Tip: Consider installing river-rock bed against walkways to create a division between the salt deposits and plant material.

Root tissues do not do well in temperatures below 15°F and may be killed or severely injured by soil temperature dipping this low. Thankfully, mulch, leaf litter and snow cover insulate most soil well enough to prevent soil temperatures from falling below freezing. Plant roots that freeze may wilt back and look very sad. However, most plants recuperate and began new growth in spring.

Expert Tip: If you are in an area which sees more snow than most parts of Oregon, such as Sandy or in the hills, consider routinely barkdusting planting beds.

When temperatures stay low and snow cover is consistent, small critters are forced to eat the bark and roots of young trees; this is known as girdling. Rabbits feed on the bark above the snow line, while mice feed on the roots and surrounding mulch, grass and weeds. Pulling back mulch from around the trunk and keeping a grass/weed free circle around the tree discourages animals from feasting on your prized trees. Also, if you experience extreme girdling try surrounding trees with chicken wire, from the ground to above the snow line, to keep rabbits out.

Are you concerned about winter damage to your landscape? Contact us for an expert analysis of tree & shrub health as well as lawn damage.

Let's get to work 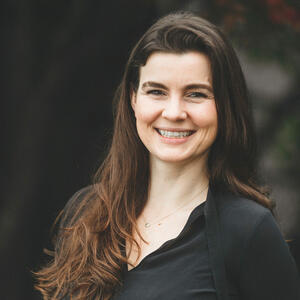 Erica is an avid lover of the outdoors, and transformed that love into a partnership running Valley West with Ryan 2012. 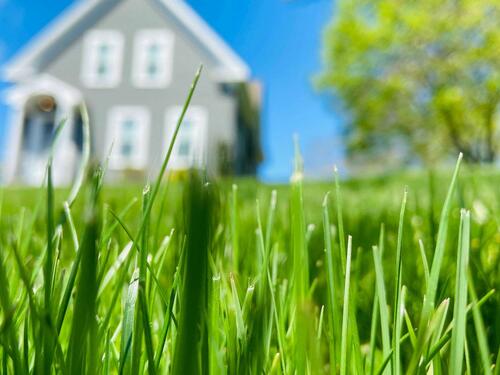 RedFin featured Valley West Landscapes in an article all about spring services! 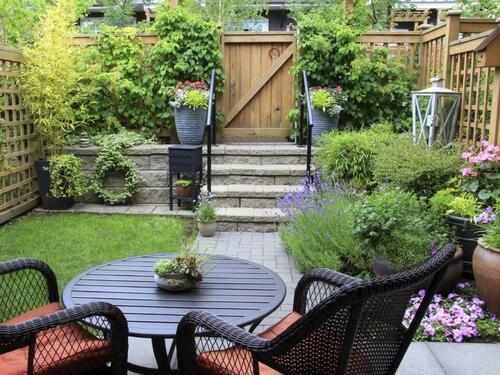 How to landscape a small Portland backyard. Creating your outdoor oasis!

We know space can be limited in Portland backyards, but that does not mean you need to sacrifice having a outdoor sanctuary. 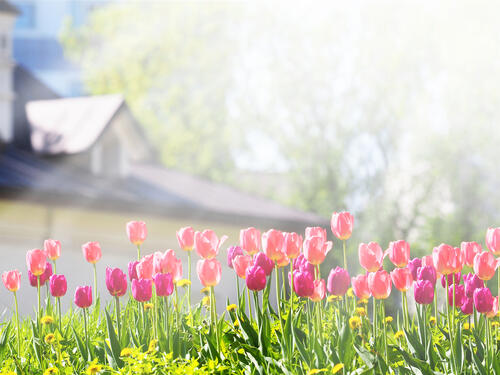 4 Ways To Get Your Yard Ready For Spring 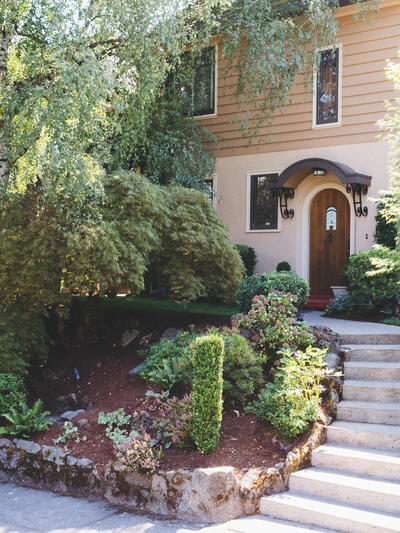 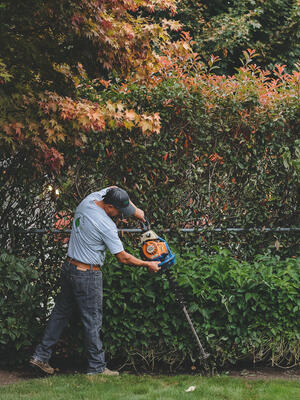